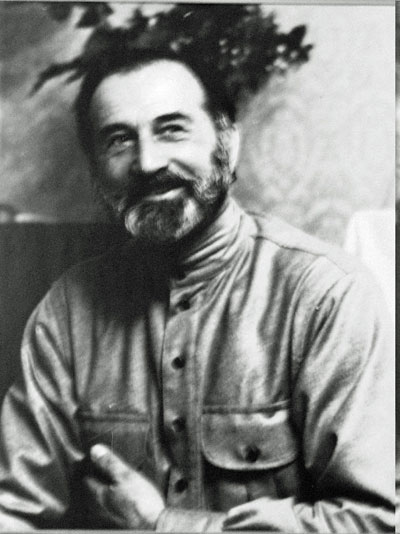 Murray passed away on December 19, 2013 at the age of 98 years at Vernon Jubilee Hospital. His passing took place gently with his daughter and other loved ones present. He is survived by: Maisie his devoted wife of 69 years and their children Lima (Ken) Wright, Dal, Erse and John. A daughter, Ridat predeceased her parents in 1948.

Murray left an indelible legacy to all who his adventurous, colourful and (as he himself called it) “thunderous life” touched. He was a husband and father but also a greatly beloved teacher, mentor, Elder and friend to many around the globe.

Born to a prominent family whose ancestors immigrated from Abkhazia to Turkey, he later attended the prestigious Galatasaray School and while still in his youth was taken into spiritual training by his tribal Elders.

As a passionate young man Murray studied medicine, was a cavalry officer, survived several near-fatal experiences, competed in world class equestrian events, wrote poetry and had a life-altering experience with Jesus with whom he fell in love. He married in 1944 and he and his beautiful, strong Abkhazian bride triumphed over many challenges together once having the crops on their ranch burned to the ground by political insurgents. Murray next worked for British Petroleum as a successful manager traveling to villages throughout the Black Sea Coast area of Turkey. Meanwhile, he studied for many years with Hasan Tahsin Baba, his beloved teacher in the Bektashi dergah in Istanbul, and his contact with his Elders grew in strength to become the center of his existence.

Murray, his wife and children immigrated to Canada on November 25, 1963, moving to Vancouver, B.C. and then to Mission, B.C. where he took a position on a farm. From 1964 -1966 he became an orchardist in Vernon, B.C. before relocating the family to Prince Rupert, B.C. where he worked on fishing vessels and took his first job as a carpenter. In 1967 Murray returned to Vancouver where until 1977 he was employed in real estate, became a contractor and then a restaurant owner. In subsequent years he lived on Gabriola Island, B.C. running a small café, returned with his wife to Prince Rupert, then took on further construction projects in Vancouver before finally moving back to Vernon. At the age of 89 Murray shattered his neck in a fall from a roof but miraculously recovered. Up until 1 year before his passing he still engaged in what had become his fervent love of carpentry.

Soon after arriving in Canada Murray simultaneously began a lifetime of dedicated teaching and acted as an advisor to other spiritual teachers and authors. It was his mission from his beloved Elders to give what he could of the Spiritual Tradition of his people called Ahmsta Kebzeh to North American seekers. Although he always resisted being called a teacher, his legacy nevertheless includes 13 published books that have been translated into Spanish, German, Russian, Portuguese, Greek, his native Abkhaz as well as over a thousand transcripts and hundreds of recordings.

Murray founded the Kebzeh Foundation, the Essentialist Church of Christ and the Kebzeh Foundation U.S. Inc. He has devoted students in the U.S., South America, Israel, and Abkhazia, an established close-knit Kebzeh community in Vernon, B.C. and many elsewhere in Canada and the world study his teachings. He taught the magnificence of God, the limitless potential of our hidden treasure as human and showed us how to claim this inheritance. He took us from believing in a God in the sky to recognizing that God is All, visible and invisible, so that the closest address for God is to be found within us. He taught that as humans we are Kings and Queens in the Royal Family of the Kingdom of God who have been created to serve all Life. That it is only as human, God in Its appearance as human, that can make this planet a peaceful, harmonious and loving place to live in abundance because God gave Its Will to human to express and grow from using. Murray made us aware of our dependence on God and on each other, taught us to show gratitude and showed us the meaning of unconditional love.

As a parent and as a teacher Murray could be tough and demanding as well as exceedingly gentle. He cared not for appearances. He shunned piety and praise. Yet he was the most humble, loving and dedicated of servants.

In 2002 in a ceremony in Abkhazia he was decorated with the medal of Honour and Glory of the First Class “for especially remarkable achievements in the field of culture which obtained international recognition.” At his passing, tributes have poured in from the President, the Foreign Minister, and the People’s Artist of the Republic of Abkhazia, from other dignitaries and from friends and students worldwide.

Murray was much loved, will always be loved and will be enormously missed. But he lives on in every lesson and memory he has left and in the seeds he has planted in the hearts of all who were privileged to cross his path. What lies next on his infinite journey we can only celebrate his remarkable life here and wonder. Most certainly he is with his beloved Elders. He deserves the greatest goodness.

A Memorial Service was held on February 8, 2014 at 1:00 pm at Paddlewheel Hall
(7801 Okanagan Landing Road, Vernon, B.C.)
In lieu of flowers please make a tribute of your own choosing.