Tradition of the Elite

Murat Yagan conveyed the following: Ahmsta Kebzeh is the science of processing human being to the level of enabling him to activate and use his utmost human faculties without limit. Every human being subjected to this processing in the right way and under the right coaching can reach certain levels of attainment according to his ability, effort, perseverance, and can come so much closer to enjoy abundant life as long as he lives on this planet. 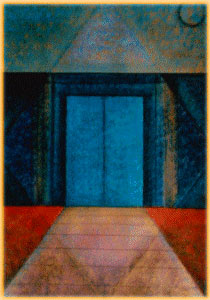 The life in this Universe came to existence as a reflection of a creative power which is the source of everything, and which exists without beginning and without end. This power is electromagnetic in nature with an intelligence and will of its own. Because it is electromagnetic in nature it manifests itself in vibrations. Every single thing or form of life in existence, exists in an entity of vibration peculiar in frequency and length of wave to this thing or form of life; and this particular vibration makes its determination in Cosmic Mind and manifestation in the material Universe at the same time simultaneously and remains constant.

This Creative power, electromagnetic in nature, establishes its connection and relationships with all existing entities through a phenomenon electro-chemical in nature (DNA).

Once an entity comes to existence with a vibration peculiar to potential manifestation of self it enters the World of Creation and starts its cycle of evolution. Every entity which came to existence in creation evolves until ultimately the end of its evolution comes to be One with the very thing it originated from. Evolution takes place in two areas of existence, 1) Material Area, 2) Mental Area, and completes itself in material first in a comparatively short time, namely some two to three million years, after which mental part of evolution continues until becoming one with Cosmic Mind or, in slightly other words, Cosmic intelligence, and gains the consciousness of Absolute Being which has a WILL of its own.

This cycle of evolution is taking place in everything existing in the World, but from this point on I shall take into consideration only man – and whenever I use the word man I mean human being, that is, man or woman, and I shall beg it to be understood as such.

Man has completed his material evolution some one million years ago.

Human body having completed its evolution, became a perfect home for Cosmic Mind, human nervous system altogether becoming the very living-room of it, workshop of it, classroom of it and creative studio of it, and it shall have a chance of being revealed and reflected if necessary edification and culture for that is deliberated. It is exactly this deliberation job which is the science which is called Ahmsta Kebzeh.

Application of Ahmsta Kebzeh consists of a long series of physical and mental exercises having for aim developing human nervous system as a better home for mind.

It goes without mentioning that in an introductory presentation of a system we cannot cover the content in its full comprehension. Suffice it to say that Ahmsta Kebzeh is an applied science in all its magnitude and can only be known and learned by entering into it in full commitment.

There is a question frequently and unanimously asked about it, which is, is Ahmsta Kebzeh a religion? I thought it might be useful to answer this question, just in case it may occur. And the answer is no, Ahmsta Kebzeh is not a religion and does not interfere with any existing religion. It is an Applied Science; it is the art of living as a human being fully exercising human faculties as applied to life. But religions can be made out of it.

I think to say anything more on Ahmsta Kebzeh after this point will enter into the teaching and training of it and will be beyond the level of introduction. But if any questions arise in any level I shall be happy to answer them.