It has been our privilege for many years for Kebzeh Publications to offer the works authored by our Head Elder Murat Yagan, as well as Sufi poetry translated by Murat, to all interested seekers.

With sincere appreciation, we thank you one and all for your support of our Publications work over these many years. We are working to continue to offer the books that make it possible for seekers to discover the teachings of the ancient Tradition of Ahmsta Kebzeh as transmitted by Head Elder Murat Yagan, and apply them to our daily lives in today’s world. We are working to make these again available in hard copy and ebook formats.

Please keep checking back… We will be making books available soon. 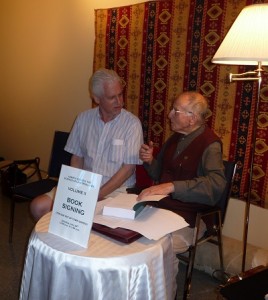 Kebzeh Publications is committed to making the teachings of Ahmsta Kebzeh available in order to help people create the means of making this planet a peaceful, harmonious, and loving place to live in abundance, in keeping with our human potential.

Ahmsta Kebzeh is an ancient tradition which was preserved in the Caucasus Mountains more than anywhere else, until quite recently. It is a teaching in the form of a process and its role is processing the human being. The process is that of awakening and developing latent human faculties under divine grace and guidance. The word Kebzeh has a meaning more comprehensive than the word tradition: it could be translated as the knowledge of the art of living. An oral teaching passed on through story, song, and the way of being of the people who carried it, it has never before been put into print.

Murat Yagan is thought to be the last known living light-holder of this particular knowledge. He received it directly from his Circassian Elders.
In 1963, Murat Yagan with his wife and 4 children immigrated to Canada from Turkey. He made his livelihood from carpentry, working on the coast of British Columbia, in Prince Rupert, Vancouver and the Gulf Islands. He settled eventually in the Okanagan Valley in the interior of the province. 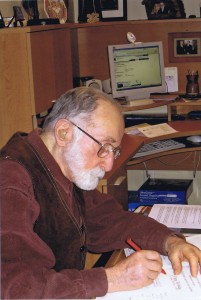 During the years he lived in Vancouver, he and his wife Maisie ran a Turkish restaurant, The Istanbul. It was there that some avid young seekers sought him out to translate a letter they had received from a Sheikh of the Mevlevi Dervishes, Suleyman Dede. The letter was hand-written in Ottoman Turkish. The Turkish Embassy recommended Murat Yagan as the only person who could understand this archaic form of the Turkish language. The resultant meeting with Mr. Yagan and those seekers inspired the first of a series of question-and- answer sessions which still continue.

It was very quickly recognized that Murat Yagan carried an ancient teaching which is a treasure for this planet and which pre-dates the Sufism those young seekers were touched by. Talks both formal and informal between Murat and his friends and students have been recorded for more than 30 years now. Many of the talks have been transcribed and are cataloged as numbered transcripts. The material in the transcripts represents a comprehensive teaching on the edification of a human being to the point of the attainment of union, or full consciousness of what we call God or Cosmic Consciousness. 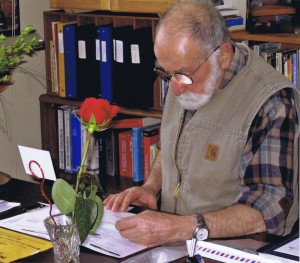 To realize the teaching it is necessary for one to study it under divine grace and guidance in the company of like-minded people. In the light of this knowledge and as a way of helping make it known to people that the teaching is available to them, we committed ourselves to begin publishing in 1992. It is our aim to make available to all who desire it, this great and ancient wisdom which is our collective heritage, that it may serve to help us all to better this planet, our home. Our publishing costs are met by book sales in part and by the donations of people who generously support our work.
Our latest publication is Volume II of Murat’s book Ahmsta Kebzeh: The Science of Universal Awe. Volume II includes a CD of inner body exercises. In 2011, we produced our first DVD entitled A Profile of Murat Yagan.

“The essence of the teaching is the response to the aspiration of human beings to better themselves and to better all of life on this globe, bringing it to a state of peace, harmony and oneness, wherein creativity flourishes.” Murat Yagan

Kebzeh Publications operates under the auspices of Murat Yagan.